Announced to a mainly industry audience of the Drug Information Association in Washington, autumn 2012, the US Food and Drug Authority plans a "new paradigm" in patient information. A new form of patient information is to combine aspects of the existing patient package insert (PPI), Med Guides which are used for selected products, and existing consumer medicines information (currently produced by third parties rather than pharmacies). The PMI is intended as a brief (1-page?) document for use at home, after a medicine is prescribed. The FDA sees it being developed by manufacturers, based on statutory prescribing information, but it will not be approved by FDA. Instead it will be submitted to a central repository under strict format controls, and then drawn on by pharmacies, consumers' smartphones, etc. Officially it will not be part of labeling, but will be subject to control mechanisms and Quality Assured by user testing, as in EU and Australia. PMIs "will not happen tomorrow" the meeting was told  regulations might be introduced in 2016, it was reported, with PMIs to follow.

The Pharma Packaging and Labelling Conference 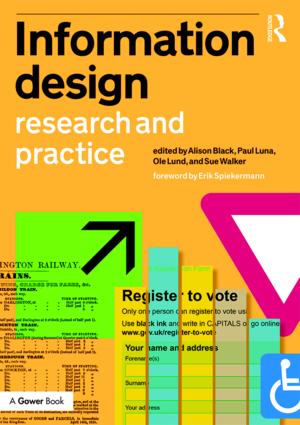 Information Design Handbook
Commission omission - an update
Talking in Turkey
Is it us or is it them? Health literacy
Scanning the regulatory horizon 2013
Avoiding deviations
Commission omission
FDA plans new patient medication information (PMI)
E-leaflets are our future
The Pharma Packaging and Labelling Conference
Designing information before designers: print for everyday life in the 19th century